From Seller to Binder 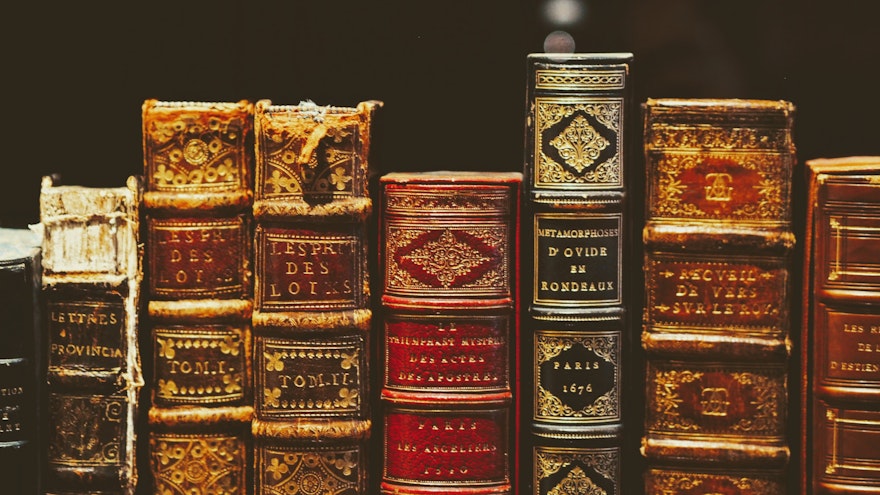 Though my days of selling books are shelved, it feels good knowing I can focus my time with a stronger sense of direction. Also, the idea of calling myself a bibliophile and never having sold books seems absurd, and I'm glad I served my sentence at a young age. Anybody that has worked a job they despised will understand the parallels to a prison. So despite all the bad that came with commercial book-selling, it was a failure that was needed in the end. Without it, I probably would never have had the time or desire to start The Archive.

David raised the idea of repairing books shortly after our first encounter. Initially, I was very dismissive, thinking it was a hobby better suited to retirees or centenarians. I was also sceptical that it was suggested so that I can repair books for him to resell. Putting my cynicism aside, I eventually warmed to the idea as my own collection of books in need of repair started to stockpile. David gave me the details of one of his repairers - John. A few weeks later we were in contact and I had my first lesson in the rudiments of bookbinding. John had been taught by another older John, and I regretted breaking the cycle of Johns.

John has been repairing books for many years. As I write this he's eighty-four, soft-spoken, and very patient with my mistakes and incessant questioning. John had retired from work as a lecturer at Monash University and took up bookbinding as a hobby. Thankfully, he lived less than a five minute bike-ride away, which made lugging tomes about manageable. He'd turned his narrow shed into a makeshift bookbindery and started crafting books for family,friends, organisations, and bookshops. After a phone-call and a few emails to organise a time, I had my first lesson with John. Here are most of the tools needed for bookbinding. 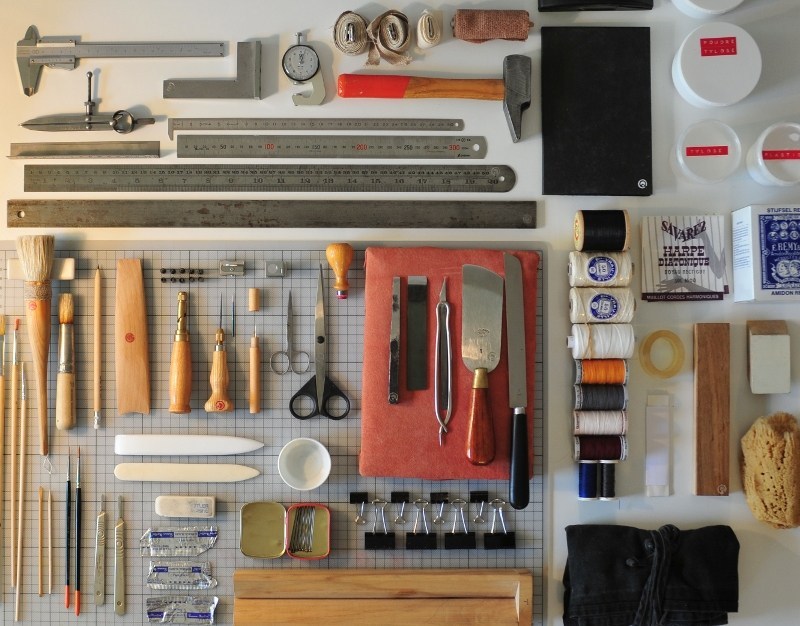 Like most things we use daily, we don't quite know how they're broken down into their parts and put together. Books are like wheelbarrows. Most people, given enough time, can figure out how to make one just looking at its parts, but have never had any reason to make one. That was my experience with bookbinding. Once broken down, I could see that anyone with the right materials can make a book quite easily. It was more a matter of learning the procedure and steps so that your book didn't implode upon opening. It's a skill I'm confident anyone reading this can take up, unless the schematics of a wheelbarrow leave you scratching your head.

I have a sneaking suspicion that many people don't share my enthusiasm for bookbinding. Understandably, we think of books as old, slow, and requiring copious amounts of time. I'm not going to delve into the steps of repairing a book lest this blog become the perfect lullaby. But I will say with confidence that many people today are feeling overwhelmed and unsure how to regain composure. Switching off from all the stimulus around you and focusing on yourself and the book. It's incredibly relaxing and very fulfilling to save a book from neglect. It's a hands on form of meditation where I can practice patience, introspection, and taking space from a fast moving world. Below is one of the books I repaired with John. 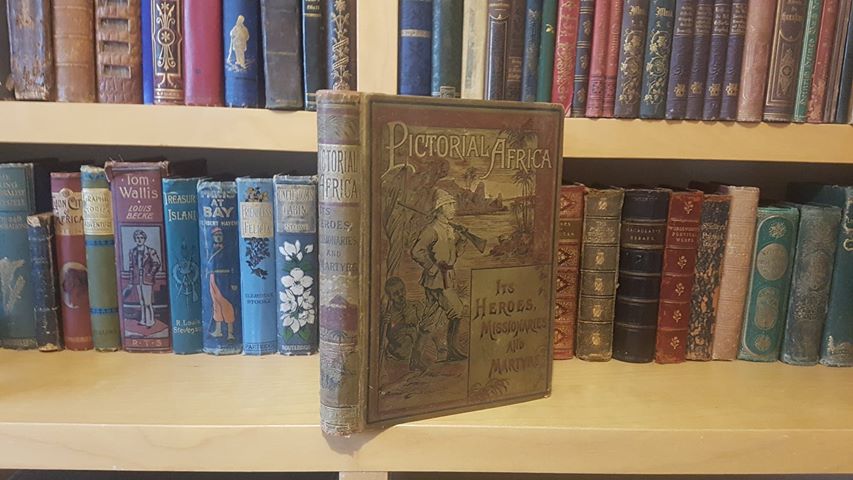 Aside from the current COVID-19 pandemic and its social limitations, I would normally visit John every Wednesday for a lesson with a calm anticipation. Bookbinding has resurrected a buried desire within me to save stories, knowledge and ideas for posterity. Which reignited a concept I had shelved for many years as I hadn't slowed down and reevaluated my direction. I started thinking of people as unwritten books, filled with stories and knowledge without anybody to bind them. This train of thought along with a few other factors along the inspired The Archive which I will talk about in my next blog-post.