From Reader to Seller 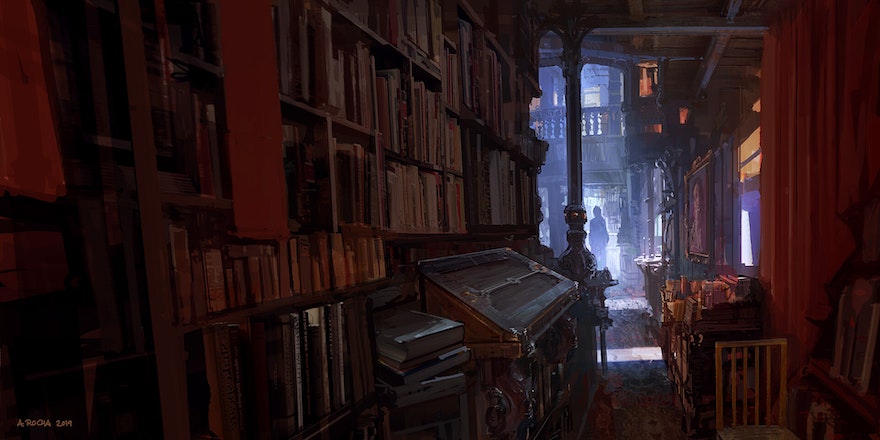 Right about the time I turned 17 I realised there was a second-hand bookstore about a three minute walk from my house. How I managed to ignore it is a testament to how little I cared about books in my early teens. It was next door to a corner mechanic built in the thirties, like the old ones you sometimes see in country towns that still have their own petrol pumps - it didn't survive the wave of gentrification and has since become apartments. The bookstore has remained, along with its keeper despite many people considering books a dying industry.

David, the store's owner, and later my boss was exactly what you'd expect from someone in the industry for most of his life. Bespectacled, incorrigible, and possessing a near flawless memory of his stock despite his years. The first time I entered his labyrinth was overwhelming. The entire shop window, which covered the width of the store, was completely covered by boxes of books packed to the ceiling, blackening out any natural light. It was like walking into a mine-shaft, with the only source of light at the entrance. I almost turned around to leave thinking I'd walked into a private warehouse until David, without looking up from his computer said, "Good afternoon". Below is the only remaining photo I have of the store before it was moved. 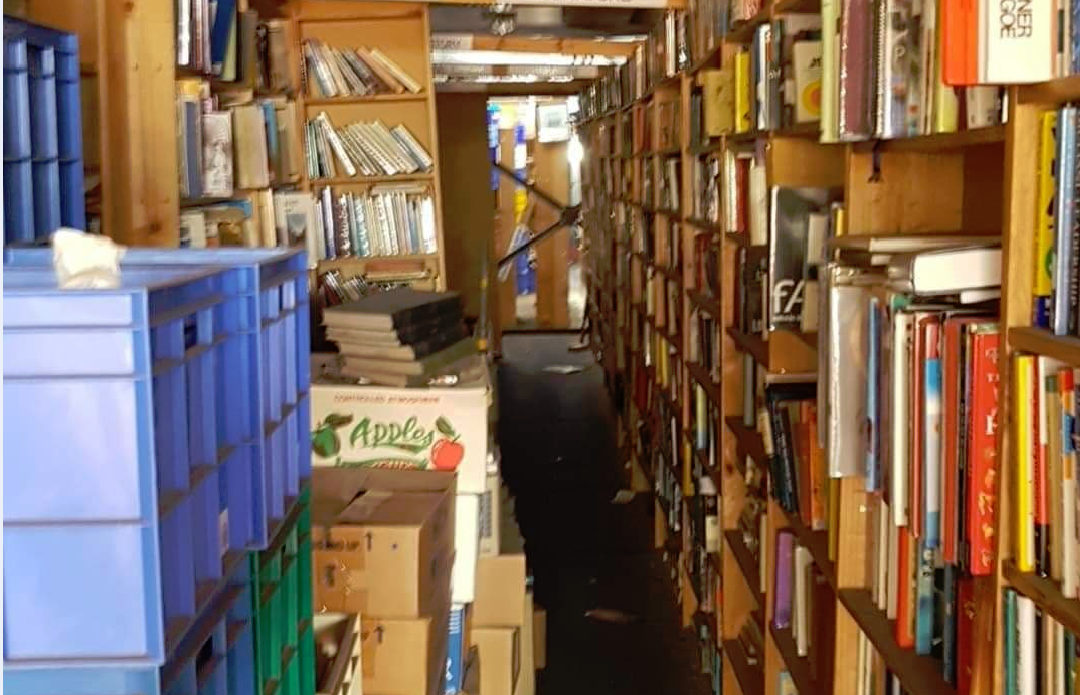 I wandered around for an hour in the receding light until David realised, picked up his walking stick, and with its butt, flicked the light-switch on for me. It was like walking into a crypt of forgotten books. I actually preferred it without the light - when it was turned on I could see that it was just a messy, dusty, and overflowing bookstore. Not quite the haunted library I believed. Closer to a hovel really. I had a very brief chat to David on my way out and resolved that I would visit whenever I walked by or was feeling particularly bookish. David wasn't the most personable small business owner, but I knew that my repeated visits would eventually win him over.

After popping in every week, sometimes multiple times, for the next six months, David eventually warmed to my visits. Just after the first year, I offered to help David move some boxes if he needed the help. He wasn't very receptive to the idea at first but eventually conceded and gave me work sporadically. A few years later, after a construction accident at his store, I helped him relocate the entire store of over 500,000 books next door. I've worked for David intermittently since my younger days, helping out where I can. David and I are now good friends and I still visit whenever I get the chance.

Eventually, with the experience I gained at David's, I got a retail job working for Robinson's Bookstore in Chadstone. In the beginning it was chaotic with the entire previous staff being fired the week I arrived for bad-mouthing the new manager. Despite the shaky start things eventually became even more chaotic, with the introduction of an HR manager aptly named Karen. After nine gruelling months of full-time work, my tenure in retail bookstores came to an end with resignation and mental health worse for wear. Yet, despite the management, I had made a close friend I couldn't imagine not being a part of my life. That time, despite its difficulty, proved formative.

Below is a picture of Robinson's Bookstore, where I used to work. 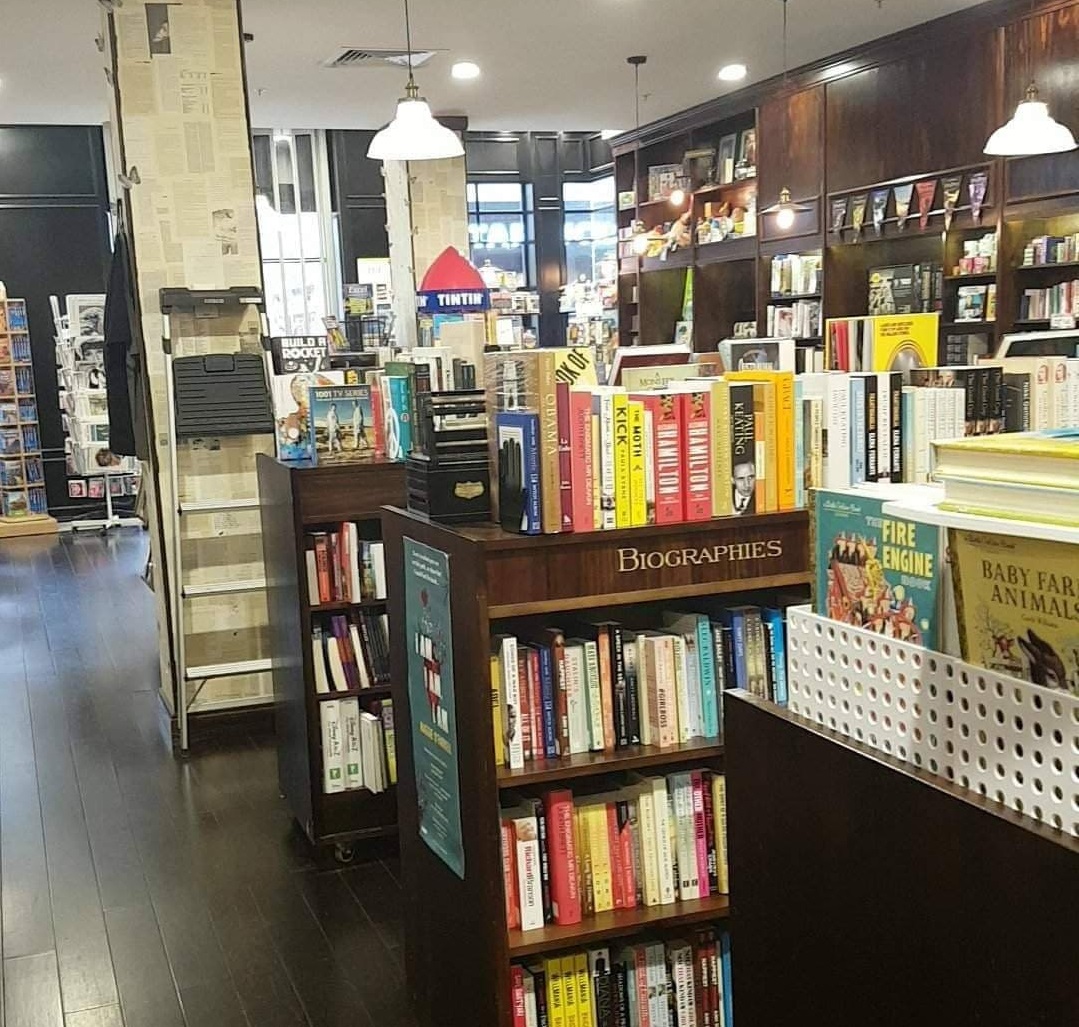 I realised that book-selling was not a career path I wanted to pursue and that I could only feel fulfilled working for a cause I believed in. I had to reassess my options and with the help of my best friend Leo, got a job working for a company whose mission was to save young lives on the road by educating them on safe driving. It's amazing what a positive work environment can do, and if you take nothing else from this blog, take this - quit the job you hate and find one you love, it's worth it in the end. Although my experience selling books was short-lived, I learnt a lot about the industry, how books are made, and the direction I wanted to take.