From Binder to Entrepreneur 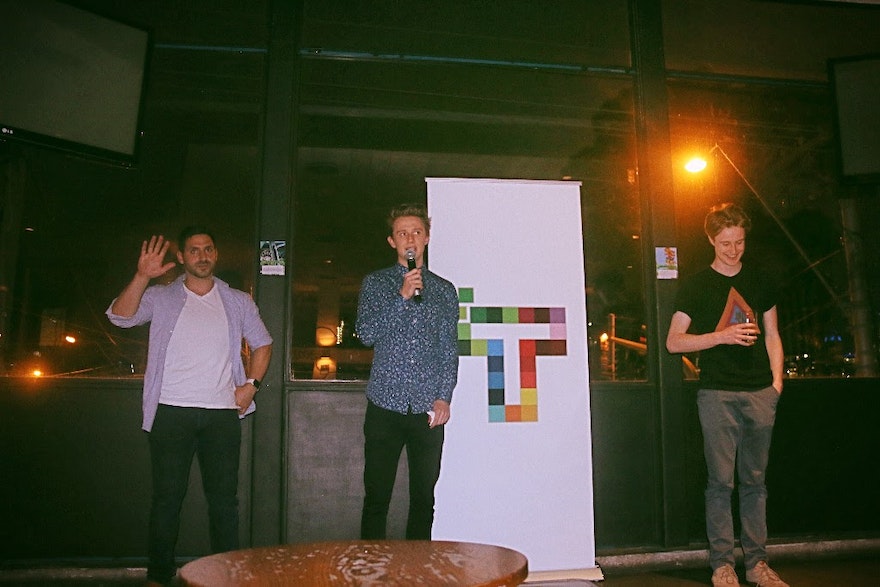 My entrepreneurial journey had actually started before my interest in fixing books. Looking back, my interest stemmed from an unlikely source. I had just watched the awful film, Escape from L.A., with my dad. A film set in a dystopian future, where death and murder were rampant. I had seen my fair share of action movies by then, but nothing that portrayed how meaningless death could be. I was terrified, not because of anything that happened in the movie itself. What had me in a quagmire of anxiety was being exposed to my own mortality, something I'd never considered at such a young age. I had nightmares for weeks.

I was a bit embarrassed that I was having nightmares so I waited far too long to speak to my dad about it. He knew immediately that I wasn't joking when I said the movie had scared me, and went into father-mode. After babbling on about what was troubling me he said, 'Daniel, death is inevitable and everyone has to deal with it in their own way, so your energy should be focused on leaving a legacy." At first I didn't really understand how thinking about what happens to the world after my death was relevant. But as I extrapolated his words lying in bed, I realised that it was futile being scared of the end. What is worth ruminating over is what I do the life I was lucky enough to have. I've never been afraid of death since. Even now the concept barely elicits shrug. That god-awful film led me on a path to focus on actually doing something worthwhile with my life.

When I first heard the term Entrepreneur used, I thought it was the most repulsively egotistical word imaginable. A word reserved for gloaters, permanently saddled on their high-horse. I slowly learned that it was a very fluid term for a variety of contexts and people. At its heart, it exemplified the qualities of perseverance and wonder at a potential not yet realised. An entrepreneur doesn't stop at having an idea - they acknowledge all the difficulties, pursue it, persevere, and succeed. I knew I wanted to build something great, worthy of being remembered. So I decided to forge a career that best aligned with the legacy I wanted to leave. Below is a quote from a book I love that truly embodies the concept. 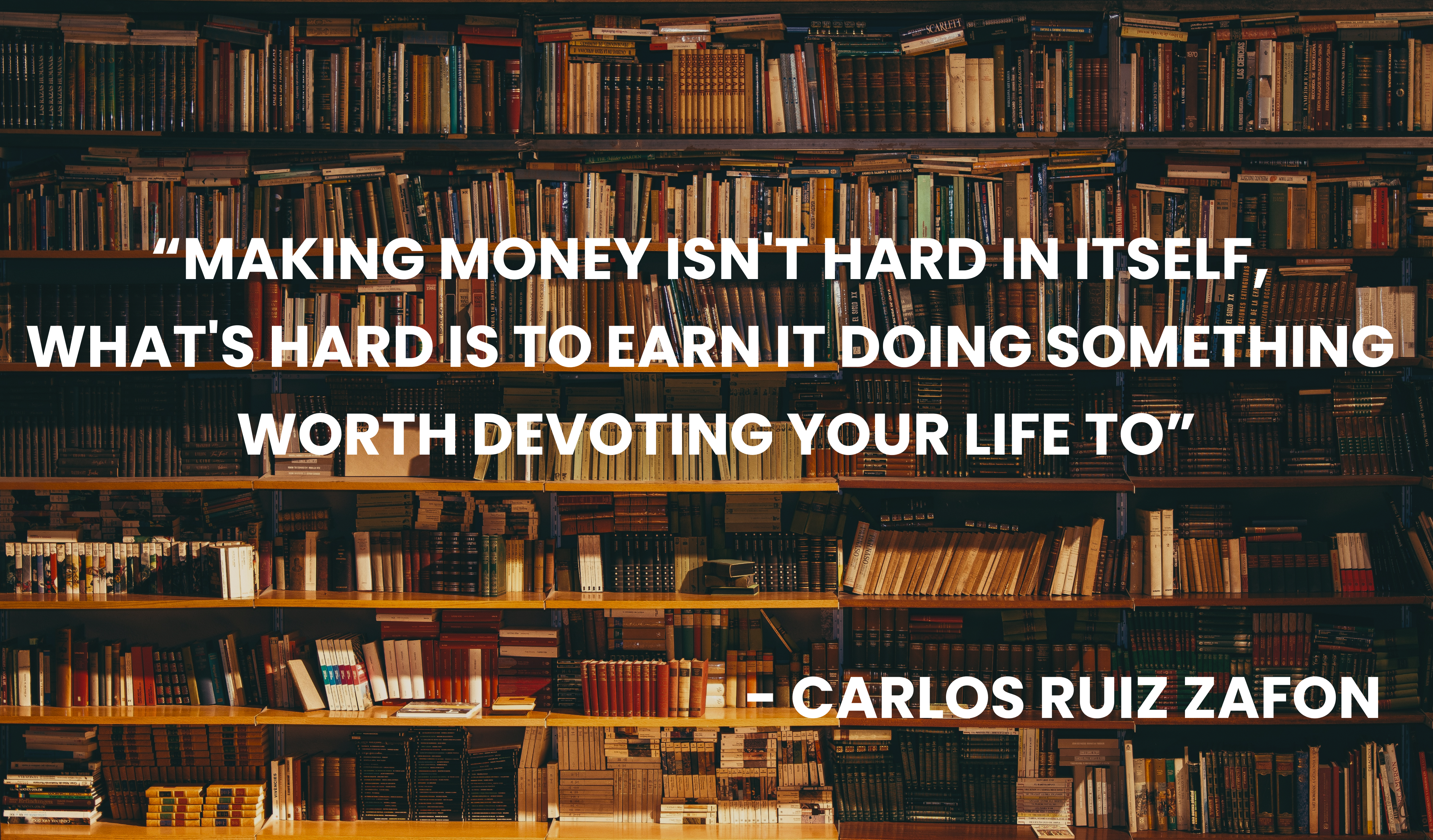 Thankfully, a few of my best friends in high-school were also considering starting their own business. We decided to meet up for pizza and discuss our ideas. In the beginning we didn't really have anything worth pursuing. Until one night, I pitched an idea for an app (which at the time, were all the rage) that would bring a user's favourite website's content into a single feed - saving them time and effort. Being young and naive we quickly became pretty excited at the idea of becoming millionaires. As the weeks passed and my friends quit, I started to realise the immensity of the task on my shoulders. I truly had no idea what I was doing and had to learn as I went, which was very challenging financially and for my mental health at the time.

The following years were tough to say the least. I had six partners quit the project in total on three separate occasions and came within inches to giving up and going to live in the forest. But I persevered, and with a team of talented engineers got the application out on mobile for free. All while studying at university and working full-time. The experience taught me that resilience and ingenuity, coupled with the right team made anything possible. Most people give up before they hit that sweet-spot.

However, in this case like many others, the project never quite saw the growth that was really needed for a mobile application to succeed. I had to disappoint quite a few of our users in shutting it down. The time had come to finally lay it to rest. To those that don't know what that feels like. Imagine you had cared for and nourished a tree in your room for five years, watering it daily, inviting soil experts, and creating detailed plans for it's growth, only to realise the tree would always be a sapling destined to wither under it's own inability to bear fruit. I had failed my first attempt at business but had laid the foundation of knowledge necessary to try again, which made it all worth it in the end. 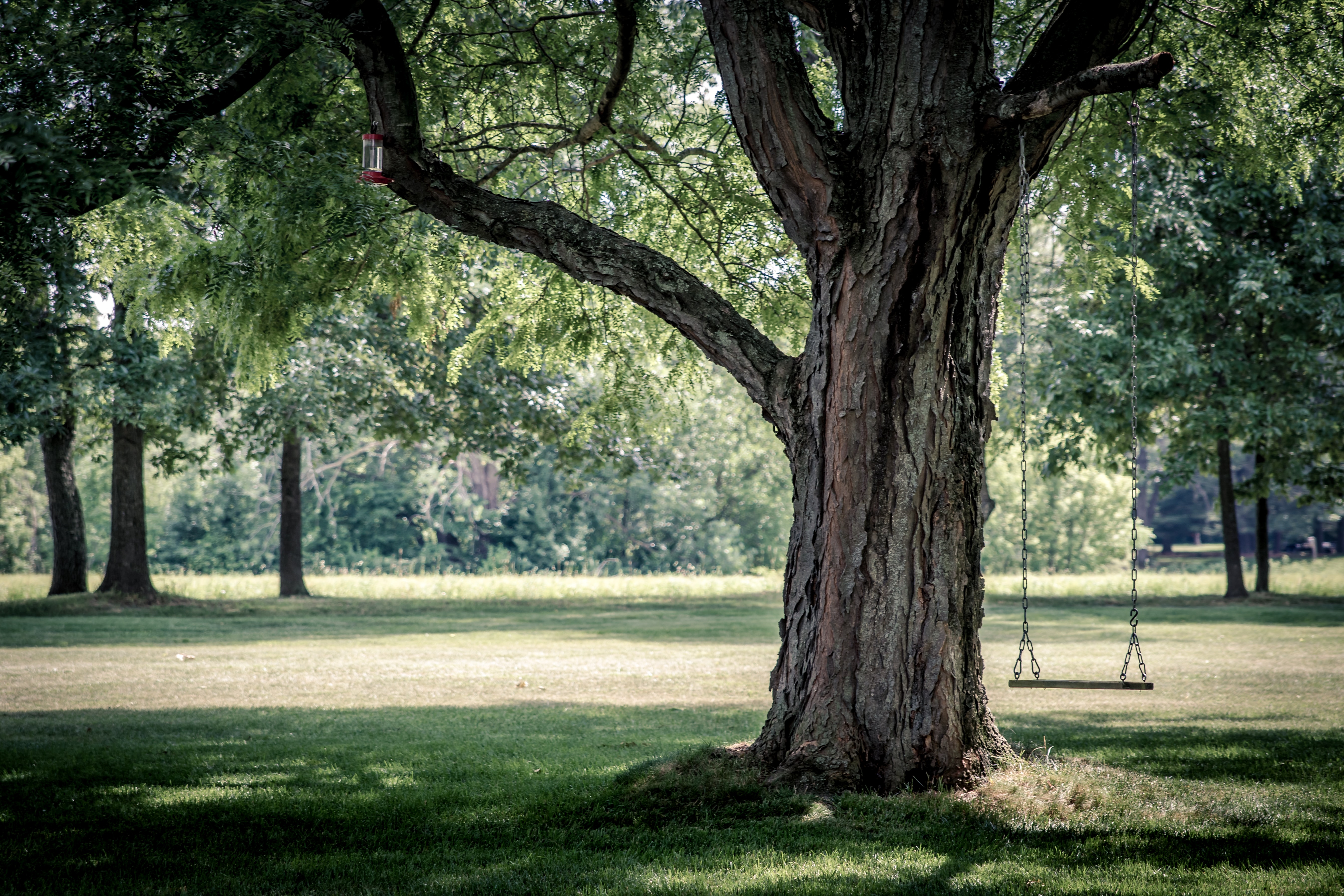 The tree that I've recently planted is The Archive. It's no more than a seed in its present form but its potential to change how society remembers is tremendous. A mighty oak with thousands of branches, sturdy boles, and shade for generations to come. There were many reasons that lead me to begin this project and in the next blog-post I will explore them with you. From an isolated gold mining ghost town, to a discarded autobiography, the loss of my grandfather, and finally, a race against the clock.